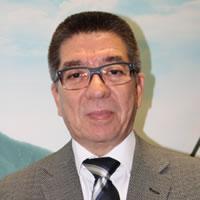 Hugo Terashima-Marín holds a BSc in Computational Systems from Tecnológico de Monterrey, Campus Monterrey in 1982; MSc in Computer Science from University of Oklahoma in 1987; MSc in Information Technology and Knowledge-based Systems from University of Edinburgh in 1994; and PhD in Informatics from Tecnológico de Monterrey, Campus Monterrey in 1998. Dr. Terashima-Marin is a Full Professor at the School of Engineering and Sciences, the Leader of the Research Group with Strategic focus in Intelligent Systems and Director of the Graduate Program in Computer Science. He is a member of the National System of Researchers, the Mexican Academy of Sciences, and the Mexican Academy of Computing. He participates as a member of the Technical and Academic Council for the Thematic Network of Applied Computational Intelligence supported by CONACyT. His research areas are computational intelligence, heuristics, metaheuristics and hyper-heuristics for combinatorial optimization, characterization of problems and algorithms, constraint handling and applications of artificial Intelligence. He has been principal investigator of projects for industry and CONACyT. He has current collaboration with research groups in the University of Nottingham, University of Edinburgh-Napier, and University Andrés Bello in Santiago de Chile. He has published more than 70 research articles in international journals and conferences. He has supervised 5 PhD dissertations and 26 Master Thesis. In the past, he has been Director of the MSC in Intelligent Systems, PhD in Artificial Intelligence, PhD in Information Technology and Communications, the PhD Programs, and Graduate Programs at Tecnológico de Monterrey, Campus Monterrey.