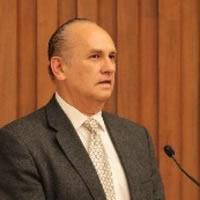 Full Professor Research Areas: ----- Machine Learning approaches for Control Systems ----- Fault Tolerant Control of Vehicle Dynamics ----- Modeling, Fault Diagnosis and Estimation of Dynamic Systems ----- Active Learning Techniques for Engineering Education Dr. Morales has a BsC in Chemical Eng and Systems (1984), an MsC in Chemical Eng (1986), and an MsC in Control Eng (1992) from the Tecnológico de Monterrey, México. He also has a PhD in Artificial Intelligence (2003). Dr. Morales has taught more than 5,000 students through 30 different courses at Tecnológico de Monterrey, in which he has been a co-founder of the Center for Industrial Automation since 1987. He developed educational technology based on industrial automation systems and was recognized with the Teaching and Research Award (1993, 2005). He developed several automation projects as a consultant specializing in the analysis and design of automatic control systems; he has been recognized as a full consulting professor since 1998. During his doctoral research stay in the Laboratory for Computational Intelligence at UBC Vancouver Canada, he participated with NASA Ames Research Center, developing an online fault diagnosis algorithm for dynamic systems. He has served the International Federation of Automatic Control (IFAC), organizing the IFAC-CEA 2007 congress and IFAC-SAFEPROCESS 2012 symposium. Co-editor of the annual Workshop on Educational Innovation in Eng and Sciences of the Int Journal of Interactive Design and Manufacturing since 2016. Since 2006, he has co-advised doctoral theses with the Instituto de Automática Industrial (Spain) and Institut Polytechnique de Grenoble (Gipsa-Lab, France) through several international projects. He works for CONACyT as a member of the Board of Directors at Fondos Sectoriales de Investigación since 2010. He has more than 250 research products (indexed journals, international conferences, patent applications, and books). He also has graduated 6 PhD and 25 MsC students. His scientific production was recognized by the Mexican Research System as Level 2 since 2014. He is also a member of the Mexican Academy of Sciences since 2015 and the Mexican Engineering Academy since 2016. He has held administrative positions at the Tecnológico de Monterrey, among these, he has been Director of the Center for Industrial Automation (2003), Research Associate Director (2007), Academic vice-Provost (2009). He is currently the Dean of Graduate Studies at the School of Engineering and Sciences.