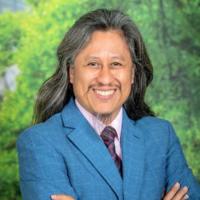 Leopoldo Eduardo Cárdenas-Barrón received the B.S. degree in industrial and systems engineering, the M.S. degree in manufacturing systems, the M.S. degree in industrial engineering, the PhD in industrial engineering; all degrees from Tecnológico de Monterrey. In 1996, Leopoldo Eduardo Cárdenas-Barrón joined the Industrial and Systems Engineering Department at Tecnológico de Monterrey, where he was appointed to assistant professor in 1997, associate professor in 2001, and professor in 2007. At present, he is a researcher of the research group in Optimization and Data Science. He is a member of the Mexican Research National System since 2015. His research activities include inventory theory, optimization and supply chain. He has published 135 papers in JCR journals. His academic and research leadership at Tecnológico de Monterrey has been awarded with several awards such as Teaching and Research Award in 2007, Rómulo Garza Prize for Research and Technology Development in 2011, and the award to the "professor who left a mark" from the Community of Former Students of Tecnológico de Monterrey, in 2013.