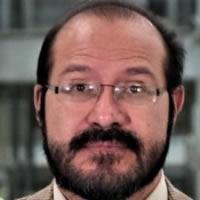 I have worked as a Field and Design Engineer in the Speed Control Company, as well as a Level II Industrial Development Project Engineer. I was also a professor in the Control and Automation Department of the IPN and Coordinator of Automatic Control Laboratories. I specialized in the areas of: automation of industrial systems, electrical machines, electric drives, power electronics, conventional and digital linear control, expert systems, neural networks and evolutionary systems. I have advised more than 25 undergraduate and graduate theses in the area of control and automation and I am a member of the National System of Researchers Level 1, and I have received numerous recognitions, among which the recognition for teaching work of the ESIME, National Polytechnic Institute and the Medal of academic merit as the best graduate professor at the Graduate School of Engineering and Architecture of the Tecnológico de Monterrey, Campus Mexico City in 2005 and 2006; 1st place in the International Graphical System Design Award in the category of -Biotechnology and Life Sciences- awarded in the United States by the National Instruments company. I have certifications by several companies and international institutes among which stand out: National Instruments, Motorola, Texas Instruments, Siemens, and the Massachusetts Institute of Technology (MIT). I have done research stays in Europe and the United States. I have more than 90 publications in renowned academic journals and conferences, 12 published books and participation in several book chapters. I have applied for 23 national patents and one international, which has already been granted. I am currently a leader in two subprojects that are part of the Binational Laboratory for the Intelligent Management of Energy Sustainability and Technological Training.